More about this speaker:

Russ Hodge
CEO
The Hodge Group
Building Hyper-Philanthropy: An Equitable Approach to Lasting Philanthropic Change
Russ currently serves as CEO for The Hodge Group, one of the fastest growing fundraising consulting firms in the nation. His hands-on management style and innovative fundraising technique has been the blueprint for his success in achieving philanthropic goals for a variety of organizations.

Prior to founding THG, Russ held political fundraising staff positions in two gubernatorial campaigns in Missouri and Nebraska. In addition, he has served as a consultant on a third gubernatorial campaign and one presidential campaign as well as served as the deputy director of the Ohio Republican Party Finance Committee. Russ’ vast array of resources and solid-networking abilities has earned him a nationally recognized track record in the fundraising arena.

• Provided leadership for approximately 50 campaigns with goals that ranged from $20M to $50M
• Recruited, trained and hired more than 40 senior development officers for various organizations
• Successfully directed the completion of grants to many national foundations
• One of the youngest Americans to successfully climb Mount McKinley
• Has completed two marathons

A native of Scottsbluff, Nebraska, Russ holds a Bachelor of Arts degree in Political Science from Westminster College in Fulton, Missouri. He is involved in the Association of Fundraising Professionals (AFP), a member of the Giving Institute and is a past AFP Professional Fund Raiser of the Year. Russ was named as a member of the U.S. State Department Delegation to Slovenia NGO (Non-Governmental Organizations) and is a nationally recognized lecturer and instructor in philanthropy. He is currently an instructor in the Not-for Profit Management Certificate Program for The Ohio State University and for The Foundation Services, Inc. in Cleveland, Ohio. Russ is an AFP Master Trainer.
https://www.linkedin.com/in/russhodge/ 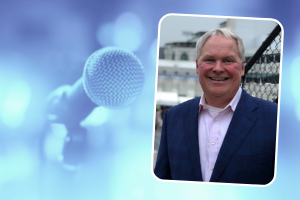